RSS
← God Is For Us
Think Before You Speak! →

The Parable of the Workers in the Vineyard

8 “So when evening had come, the owner of the vineyard said to his steward, ‘Call the laborers and give them their wages, beginning with the last to the first.’ 9 And when those came who were hired about the eleventh hour, they each received a denarius. 10 But when the first came, they supposed that they would receive more; and they likewise received each a denarius. 11 And when they had received it, they complained against the landowner, 12 saying, ‘These last men have worked only one hour, and you made them equal to us who have borne the burden and the heat of the day.’ 13 But he answered one of them and said, ‘Friend, I am doing you no wrong. Did you not agree with me for a denarius? 14 Take what is yours and go your way. I wish to give to this last man the same as to you. 15 Is it not lawful for me to do what I wish with my own things? Or is your eye evil because I am good?’ 16 So the last will be first, and the first last. For many are called, but few chosen.”[c]

We had a blizzard here in the state that I live which resulted in my family helping others on our street and helping my youngest son with his snow shoveling job. It took my husband, sons and nephews on Saturday about 6 hours to shovel our way out of our house. Yes there were breaks taken as it was cold. After getting our house done, helping our neighbor and his daughter shovel out their driveway, and helping our 84 year old  neighbor,  it was time to rest up for my youngest son’s show shoveling job.

Let me set the scene. See how the cars are covered?  The neighbors’ cars were completely covered. 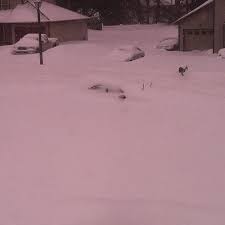 So the journey begins to clean the drive, walkway, steps and car. The oldest son and the youngest son are the 1st ones to start this task. Soon the youngest son leaves because his gloves are wet, and the middle son joins in shoveling the snow. Then we have all three working, but the youngest and middle leave periodically. Finally the middle son is done. He is not feeling well and hungry. The oldest is still working and Dad comes with the snow blower to help. It took about 3 hours to get this job done. It is pay time, the check is written.

It is time to distribute the money amongst the workers. We had different ideas of how to split the money. I even stated that we would pay an amount that was not evenly distributed.  It is decided to split it across the board at 25% each. What!!!??  I did the most work, why do we all get the same? I was there the whole time and I did not stop. It is not my job. I was helping to make sure he would not have been outside for hours by himself.

The workers in the vineyard all agreed to 1 mite (1 penny) to work in the vineyard. At the end of the day the owner gave them all the same amount. The ones who worked the most assumed that they would get more than everyone else.  The owner asks question, ” Did you not agree to the 1 mite?”   Take your money that you agreed to. I am free to do with my money as I wish.  In the Kingdom of God there is no lack and what you have belongs to God. If what you have belongs to God there is no jealously about who has what and how much because everyone has their needs met. As members of the Kingdom of God, we are distributing the money amongst all who worked.

The oldest son is a natural giver and God is always blessing him for being a giver. So he understood the lesson as well as his brothers.

The decision stayed at 25% to each worker.

Posted by LovelyLioness on February 12, 2013 in Inspiration

← God Is For Us
Think Before You Speak! →