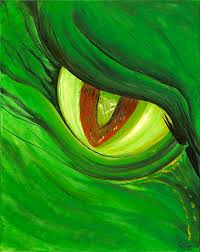 11 While the women were on their way, some of the guards went into the city and reported to the chief priests everything that had happened. 12 When the chief priests had met with the elders and devised a plan, they gave the soldiers a large sum of money, 13 telling them, “You are to say, ‘His disciples came during the night and stole him away while we were asleep.’ 14 If this report gets to the governor, we will satisfy him and keep you out of trouble.” 15 So the soldiers took the money and did as they were instructed. And this story has been widely circulated among the Jews to this very day.

People who have the gift to motivate and lead people tend to have a following. Some of these people who follow do are not out for the good of the leader.  They are jealous and are constantly finding things that they think should have been done this way or that way. Better yet they are upset because they do not have the support of the people as the leader does.  So they spread rumors and talk bad about the person.  Ironically, when they find out that they were wrong instead of admitting the truth, they cover it up by lying or ask what they said or did not to be made known.

In the text we see that the chief priests saw that the word of Jesus was true and instead of admitting they were wrong they paid the guards not to say a word.  Funny though, hundreds of years later we are still talking about the jealousy of the chief priests and what they did to our Lord.

If you have dislikes about someone, ask God to help you and He will remove that jealousy from your heart.

Re-post- Originally posted in February of 2013.

Posted by LovelyLioness on April 13, 2015 in Inspiration