As iron sharpens iron, so a man sharpens the countenance of his friends.

This bible verse is telling us that friends can either enhance us or bring us down.  Sharp can mean keen in spirit, stylish or harsh. The question that one needs to ask oneself is the company of friends I am keeping driving me to do better or worse?

Posted by LovelyLioness on December 28, 2012 in Inspiration

For it pleased the Father that in him should all fullness dwell. Colossians 1:19

Posted by LovelyLioness on December 27, 2012 in Inspiration 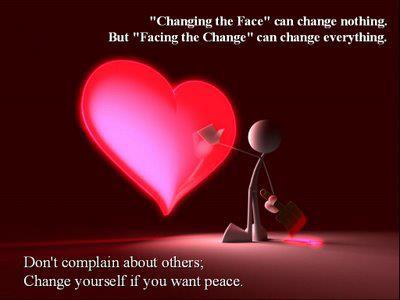 Posted by LovelyLioness on December 24, 2012 in Inspiration

He Knew No Sin

For he hath made him to be sin for us, who know no sin; that we might be made the righteousness of God in him. (2 Corinthians 5:21)

The Lord Jesus, became a man so that we can have righteousness. He was born into this world of sin and he never knew sin.  He never lied, cheated, or stole.  He is our creator. We are created in his image. The Lord took on our sins, died and rose from the grave, so that we can have a relationship with him.  Now that is LOVE!

Posted by LovelyLioness on December 21, 2012 in Inspiration, Love

One in Christ Jesus

Being in Christ Jesus is a wonderful thing. There are no clicks, no nationalities, no genders, we are one. Working together for the good of the gospel. Sharing the salvation of the Lord.

Posted by LovelyLioness on December 20, 2012 in Inspiration

In Christ Jesus and God

Whosoever shall confess that Jesus is the son of God, God dwelleth in him, and he in God.  And we have known and believed the love that God hath to us. God is love; and he that dwelleth in love dwelleth in God and God in him. (I John 4:15)

By confessing that Jesus is the son of God we are in Christ Jesus and in God. God is love, which makes Christ   love also.  Being in Christ Jesus allows the love of Christ and God to dwell in us.

God said like us make man in our image, according to our likeness. (Genesis 1:26) We were made in the image of God and we are in Christ Jesus. Plus the love of Christ and God dwells in us. I conclude that we are love. Therefore, we are to walk in love.

Posted by LovelyLioness on December 19, 2012 in Love

In spite of all the things that we have done wrong, God still loves us.  Seeing that God has given us more than a second chance, we should do like wise. Love covers all sin. Proverbs 10:12

Posted by LovelyLioness on December 13, 2012 in Love

The Birth of Jesus

The 1st part of the birth of our Lord is the conception.  The seed of the Lord is placed in the Mary’s womb by the Lord. God in mankind. We know that the blood of the child is from the Father, therefore, Jesus is conceived without sin. He shall be called Immanuel, God in mankind. ( Im = In, man = mankind  and el = God. )

Mary carried our Lord in her womb for nine months and God was pleased with her.

2 At that time the Roman emperor, Augustus, decreed that a census should be taken throughout the Roman Empire. 2 (This was the first census taken when Quirinius was governor of Syria.) 3 All returned to their own ancestral towns to register for this census. 4 And because Joseph was a descendant of King David, he had to go to Bethlehem in Judea, David’s ancient home. He traveled there from the village of Nazareth in Galilee. 5 He took with him Mary, his fiancée, who was now obviously pregnant.

6 And while they were there, the time came for her baby to be born. 7 She gave birth to her first child, a son. She wrapped him snugly in strips of cloth and laid him in a manger, because there was no lodging available for them.

The time has finally come, Jesus is born.  It happens just like it was foretold in Isaiah 7:14. Therefore the Lord himself will give you a sign: The virgin will be with child and will give birth to a son and will call him Immanuel.  God sends his Angels to proclaim the good news.

The Shepherds and Angels

8 That night there were shepherds staying in the fields nearby, guarding their flocks of sheep. 9 Suddenly, an angel of the Lord appeared among them, and the radiance of the Lord’s glory surrounded them. They were terrified, 10 but the angel reassured them. “Don’t be afraid!” he said. “I bring you good news that will bring great joy to all people. 11 The Savior—yes, the Messiah, the Lord—has been born today in Bethlehem, the city of David! 12 And you will recognize him by this sign: You will find a baby wrapped snugly in strips of cloth, lying in a manger.”

13 Suddenly, the angel was joined by a vast host of others—the armies of heaven—praising God and saying,

14 “Glory to God in highest heaven,     and peace on earth to those with whom God is pleased.”

15 When the angels had returned to heaven, the shepherds said to each other, “Let’s go to Bethlehem! Let’s see this thing that has happened, which the Lord has told us about.”

16 They hurried to the village and found Mary and Joseph. And there was the baby, lying in the manger. 17 After seeing him, the shepherds told everyone what had happened and what the angel had said to them about this child. 18 All who heard the shepherds’ story were astonished, 19 but Mary kept all these things in her heart and thought about them often. 20 The shepherds went back to their flocks, glorifying and praising God for all they had heard and seen. It was just as the angel had told them.

God sent his son Jesus, his only son into this world for us.  He loves us so much, that he sent his son to be born into mankind, for our salvation.

Posted by LovelyLioness on December 6, 2012 in Love

The Birth of Jesus – Conception

Therefore the Lord himself will give you a sign; The virgin will be with child and will give birth to a son, and will call him Immanuel (God in mankind). Isaiah 7:14 (KJV).  In the days of prophet Isaiah, the Lord said he will give a sign of the Savior.The 4 gospels, Matthew, Mark, Luke and John tell the story of the birth of Jesus.

26 In the sixth month of Elizabeth’s pregnancy, God sent the angel Gabriel to Nazareth, a village in Galilee, 27 to a virgin named Mary. She was engaged to be married to a man named Joseph, a descendant of King David. 28 Gabriel appeared to her and said, “Greetings, favored woman! The Lord is with you![d]”

29 Confused and disturbed, Mary tried to think what the angel could mean. 30 “Don’t be afraid, Mary,” the angel told her, “for you have found favor with God! 31 You will conceive and give birth to a son, and you will name him Jesus. 32 He will be very great and will be called the Son of the Most High. The Lord God will give him the throne of his ancestor David. 33 And he will reign over Israel[e] forever; his Kingdom will never end!”

35 The angel replied, “The Holy Spirit will come upon you, and the power of the Most High will overshadow you. So the baby to be born will be holy, and he will be called the Son of God. 36 What’s more, your relative Elizabeth has become pregnant in her old age! People used to say she was barren, but she has conceived a son and is now in her sixth month. 37 For nothing is impossible with God.[f]”

38 Mary responded, “I am the Lord’s servant. May everything you have said about me come true.” And then the angel left her.

So here we have woman of great faith.  She hears the word of the Lord and quickly accepts the call.  May the words spoken come to pass.

This is the 1st part of the birth of our Lord, the conception.  We have the seed of the Lord placed in Mary’s womb by the Lord. God in mankind. The blood of the child is from the Father not the Mother.  Therefore, Jesus is conceived without sin. Blessed be the name of the Lord!  Now that is amazing!

Posted by LovelyLioness on December 5, 2012 in History, Inspiration

Christmas Day will soon be here. Twenty-three days to go. During this season we should be celebrating the birth of our Lord. However, the reason for the season has changed to a promotion for Santa Claus and a big money-maker for the retail stores to turn a profit in which bottom line figures turn to black from red. Where is the telling of the birth of Jesus?

One day an individual and I had a conversation about Christmas. She did not like Christmas, because she could afford to give her children the presents they wanted when they were little because she did not have the money. I could relate to not having the money to get my children all the gifts they wanted. I shared with her the reason for Christmas. Christmas is not about Santa Claus, it is about the birth of Jesus. God sent his son in human form so we would have the right to salvation. Christmas is not about the gifts it is about Christ. Yes, I sing “Santa Claus is coming to town”, but I tell my children the gifts that they are getting are from the Lord. He has provided us with the money to purchase you the gifts that you have received. Long story short, her reply was I wish I knew that when her children was smaller.

As we get closer to our Christian Holiday “Christmas”, may we remember the reason for the season.

Posted by LovelyLioness on December 4, 2012 in Inspiration