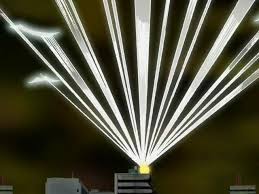 John 3:20 King James Version (KJV) 20 For every one that doeth evil hateth the light, neither cometh to the light, lest his deeds should be reproved.

When a person who is living in sin comes in the presence of someone who is holy, they feel uncomfortable. In some cases they may even get mad. The walk of holiness causes one to stand out. The light is shining to call one to repentance.

How to be a Light Chaser

Posted by LovelyLioness on July 31, 2013 in Inspiration, Simple Truths

Faith – The Women with the Issue of Blood

The women with the issue of blood is a well known story about healing and faith.  It is a story that I believe will never grow old as one can always renew their faith with the passage.

25 And a certain woman, which had an issue of blood twelve years, 26 And had suffered many things of many physicians, and had spent all that she had, and was nothing bettered, but rather grew worse, 27 When she had heard of Jesus, came in the press behind, and touched his garment. 28 For she said, If I may touch but his clothes, I shall be whole. 29 And straightway the fountain of her blood was dried up; and she felt in her body that she was healed of that plague.

This women heard the word of the Lord and grab a hold of the word of healing spoken by the Lord.  She took action by doing something that she could not do.  She went amongst the people while she was menstruating which was a known law not to do and found Jesus. Her action coupled with believing in the spoken word of Lord, she was healed instantly.

The women did a few things that we should do in our Christian walk.

1.  Speak the solution, not the problem.  Meaning say I am healed, not I am sick.

2.   Take action by speaking the work of the Lord.  Meaning open your Bible and say the scriptures focus on healing.  Do this daily.

Some healings happen instantly and some take time.  If your healing is not instantly, continue to speak the word of the Lord and believe that you are healed.  Remember not to speak the problem.  In speaking the problem, you are giving the devil glory.

38 How God anointed Jesus of Nazareth with the Holy Ghost and with power: who went about doing good, and healing all that were oppressed of the devil; for God was with him

The devil oppresses man, not God.

Woman with an Issue of Blood  This is a wonderful testimony. 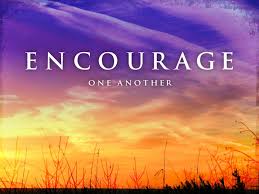 Have you ever woke up with something so strong on your heart regarding someone else and when you prayed God instructed you to read  and He gave YOU words of encouragement ? That was me today. In my quest to be debt free and owe nothing to one, I swear bills are coming out of no where.  After reading a section of the August 2013 Believer’s Voice of Victory magazine by Kenneth Copeland Ministries, the presence of the Lord was all over me.  In reading Deuteronomy 8:7-10 and Proverbs 10:22  and it gave me encouragement.  I hope this help you too.

7 For the Lord thy God bringeth thee into a good land, a land of brooks of water, of fountains and depths that spring out of valleys and hills; 8 A land of wheat, and barley, and vines, and fig trees, and pomegranates; a land of oil olive, and honey; 9 A land wherein thou shalt eat bread without scarceness, thou shalt not lack any thing in it; a land whose stones are iron, and out of whose hills thou mayest dig brass. 10 When thou hast eaten and art full, then thou shalt bless the Lord thy God for the good land which he hath given thee.

22 The blessing of the Lord, it maketh rich, and he addeth no sorrow with it.

It is God’s promise for us to be debt free.

Posted by LovelyLioness on July 25, 2013 in Faith, Inspiration

Racism is real and we can end all of this with Love!

Posted by LovelyLioness on July 23, 2013 in Inspiration, Quote

Have you ever taken the time out to look at a butterfly?  They are so distinctive and have such beauty.  They are beautiful. God took his time making the butterfly and the outcome is just gorgeous.  One can only imagine the amount of time it took for God to create man and woman.  After he created man in his image, he said, it is good.

Wow! After God formed and made us in our mothers womb, he already predestined us as good!  We are made in God’s image and his work is beautiful. You are beautiful!

Re-post – Originally posted in August of 2012

“I believe in prayer. It’s the best way we have to draw strength from heaven.  ”

For sin shall not have dominion over you: for ye are not under the law, but under grace.  Being then made free from sin, ye became the servants of righteousness.

The death, burial and the resurrection of the Lord Jesus has us given freedom from sin. We are no longer bound by sin. Bless the Lord!

Posted by LovelyLioness on July 10, 2013 in Simple Truths

The Word and the Word of God

Posted by LovelyLioness on July 8, 2013 in Simple Truths 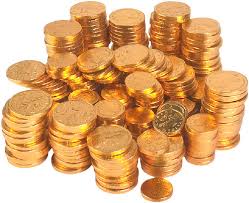 For God so loved the world that he gave his only begotten son, that whoever believes on him should not perish but have everlasting life. The Lord Jesus said that “for whosoever shall do the will of God, the same is my brother, my sister and mother.”

It does not matter where you started from in the Kingdom of God. You are part of God’s extended family. All have worth.

Posted by LovelyLioness on July 2, 2013 in Love

Band is defined as something that binds or restrains legally, morally, or spiritually; a strip serving to join or hold things together:

A husband is more than the married man in relations with his wife. The husband is the one who holds the house together.

Posted by LovelyLioness on July 1, 2013 in Family