Today is the day the children will be out gathering candy.  We have people going to alternative events for Halloween.  In what ever event you choose, have fun and go in a group.  Here is some Halloween history I found on the web.

Straddling the line between fall and winter, plenty and paucity, life and death, Halloween is a time of celebration and superstition. It is thought to have originated with the ancient Celtic festival of Samhain, when people would light bonfires and wear costumes to ward off roaming ghosts. In the eighth century, Pope Gregory III designated November 1 as a time to honor all saints and martyrs; the holiday, All Saints’ Day, incorporated some of the traditions of Samhain. The evening before was known as All Hallows’ Eve and later Halloween. Over time, Halloween evolved into a secular, community-based event characterized by child-friendly activities such as trick-or-treating. In a number of countries around the world, as the days grow shorter and the nights get colder, people continue to usher in the winter season with gatherings, costumes and sweet treats.

Posted by LovelyLioness on October 31, 2012 in History

Psalm 91 11-13 (KJV) 11 For he shall give his angels charge over thee, to keep thee in all thy ways. 12 They shall bear thee up in their hands, lest thou dash thy foot against a stone. 13 Thou shalt tread upon the lion and adder: the young lion and the dragon shalt thou trample under feet.14 Because he hath set his love upon me, therefore will I deliver him: I will set him on high, because he hath known my name. 15 He shall call upon me, and I will answer him: I will be with him in trouble; I will deliver him, and honour him. 16 With long life will I satisfy him, and shew him my salvation.

1. God has his angels protect us and keep us.  This confirmed in Hebrews 1:13-14 (KJV) 13 But to which of the angels said he at any time, Sit on my right hand, until I make thine enemies thy footstool? 14 Are they not all ministering spirits, sent forth to minister for them who shall be heirs of salvation?

2. God loves us and because of his love he will set us free. That is free from sin and having good health. Psalm 91 verse 14; Because he hath set his love upon me, therefore will I deliver him

3.  Knowing God sets us up for a long life. With long life will I satisfy him, and shew him my salvation, Psalm 91 verse 16.

Posted by LovelyLioness on October 31, 2012 in Inspiration

38 And he was in the hinder part of the ship, asleep on a pillow: and they awake him, and say unto him, Master, carest thou not that we perish?

39 And he arose, and rebuked the wind, and said unto the sea, Peace, be still. And the wind ceased, and there was a great calm.

40 And he said unto them, Why are ye so fearful? how is it that ye have no faith?

Be Blessed and Safe!

Posted by LovelyLioness on October 29, 2012 in Inspiration

Exercise is important to maintain our body. The more we move, we maintain our muscle mass. Muscles burns more calories than fat.  Now we do need some fats, but not excessive.

Some of us are more fine tuned than others and you can see that hour-glass or chiseled look.  Some of us are working to get that point and some of us are waiting for that urge to put the body in motion.

As we exercise our body to become physically fit, we also need to exercise our mind to acquire knowledge.  Knowledge is power. The more you study and practice in your area of choice, the better you become.  In our daily tasks of becoming a better worker, student, teacher, husband or wife. We can find that knowledge needed on in the Bible. Like the book of Proverbs. Proverbs is considered the Book of Widsom.

Proverbs 25:16 (KJV)  Hast thou found honey? eat so much as is sufficient for thee, lest thou be filled therewith, and vomit it.  Here we see if we eat too much food, we will vomit. We only eat what we need to sustain us.  I know this will be a challenge. We have Thanksgiving, Christmas and New Years coming up.  I love sweets. I have a candy dish at my desk just in case I want something sweet.  Will I get rid of my candy dish? Nope! But I will cut back.  Right after I finish that bag of candy corn.  Just joking! I will only eat a few.

Remember, exercise the body and the mind.

Posted by LovelyLioness on October 25, 2012 in Inspiration

We made it to Wednesday. Some of us have encountered criticism, hatred, work load increase due to down sizing and many other thing in the past two days.  In spite of all the obstacles, we made it!

God’s grace is new every morning. May God’s grace see us through this day. Thank God we were here to experience.  Truth be told, some one did not have opportunity to open their eyes today and take a deep breath of oxygen, or laugh or tell their loved on “I Love You”.

Posted by LovelyLioness on October 24, 2012 in Inspiration

4 And Adam knew Eve his wife; and she conceived, and bare Cain, and said, I have gotten a man from the Lord.

2 And she again bare his brother Abel. And Abel was a keeper of sheep, but Cain was a tiller of the ground.

3 And in process of time it came to pass, that Cain brought of the fruit of the ground an offering unto the Lord.

4 And Abel, he also brought of the firstlings of his flock and of the fat thereof. And the Lord had respect unto Abel and to his offering:

5 But unto Cain and to his offering he had not respect. And Cain was very wroth, and his countenance fell.

6 And the Lord said unto Cain, Why art thou wroth? and why is thy countenance fallen?

7 If thou doest well, shalt thou not be accepted? and if thou doest not well, sin lieth at the door. And unto thee shall be his desire, and thou shalt rule over him.

In the text we see that Cain and Abel were bringing their offering to God.  Abel brought the 1st of his flocks and Cain brought of the fruit of the ground.  Both brought their offerings to God and only one was accepted. That was Abel. Abel gave his best to God. Cain did not.  Now, God said to Cain “if thou doest well, shall thy not be accepted”?  This was a do over opportunity.  Even though Cain did not get it right the 1st time, he was given another chance. But, Cain became angry at Abel, because God did not accept his offering.  Ahhh, did not God just give Cain another chance to present is offering?  Cain did not see the opportunity to present God with another offering. All he saw was rejection and he saw that Abel was accepted. Cain was jealous.  The jealously Cain was so bad, that he killed his own brother. Wow!  Yes this is a Wow moment.  The opportunity was there to redo the offering and have his offering accepted by God. Instead, he killed his brother. It would have been better if Cain would have given his best in the beginning, then Abel would not have been killed.  Not sure how that would have changed Bible history.

Posted by LovelyLioness on October 23, 2012 in Tithes

Life will be filled with lots of disappointments. Some minor and some major. When those disappointments come, it is how we respond that makes the difference.  I know that the first response is WHAT!!!! I know this because I have not yet arrived, but I am a work in progress.  Try not to think about it and give it over to God.  Learn from the disappointment so when the situation presents itself again, the test will be passed.

Posted by LovelyLioness on October 23, 2012 in Inspiration

Forgiveness means to pardon. To give up resentment towards another.   God is a loving God that forgives us of all our sins.  You know the sins that we do not  want people to know about, God forgives us.  God see’s our destiny. God see’s what we will mature to be in Christ Jesus.  So if God can forgive us, we should forgive too.

Posted by LovelyLioness on October 19, 2012 in Inspiration

19 What? know ye not that your body is the temple of the Holy Ghost which is in you, which ye have of God, and ye are not your own?

Have you feed your spirit man and physical body today?  If not, you still have time, there is 24 hours in day.

Posted by LovelyLioness on October 18, 2012 in Inspiration

Instead of beating yourself up when something goes wrong, be still and pray. God will provide the instructions needed to see you through! 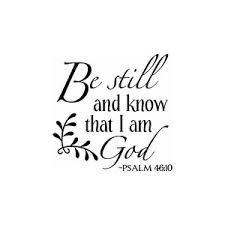 Posted by LovelyLioness on October 17, 2012 in Inspiration