James 1:22 King James Version 22 But be ye doers of the word, and not hearers only, deceiving your own selves.

The hearer of the word, just goes for the promise.  They do not do any preparation they just jump right in ready to receive the prize.

To earn a Medical Degree, you must follow the set program of studies and take the required courses/labs.  The degree is the promise for completing course. To whom much is given, much is required.

Are you a hearer or a doer of the Word?

For More on this topic

Re-post- Originally posted in March of 2013

Posted by LovelyLioness on February 21, 2017 in Inspiration

Proverbs 20:13 King James Version (KJV)  Love not sleep, lest thou come into poverty; open thine eyes, and thou shalt be satisfied with bread.

Poverty is defined as a state of one who lacks a usual or socially acceptable amount of money or material possessions according to Merriam Webster Dictionary.

What we see here in scripture is if you want to be able to achieve a certain amount of money or possession, you can not sleep all the time. One needs to work. Money is a means for getting things needed for survival. Now to get the amount of money you want, one must educate themselves. Education, getting knowledge and understanding is a key.

Let us all strive to educate ourselves to remove the lack in our lives.  Let us share what we learn and help some one remove the poverty in their lives.

Posted by LovelyLioness on February 20, 2017 in Inspiration, Wisdom - Proverbs

The words you speak can either help you or hinder you from success.

Picture is from www.psychologytoday.com

Re-post-Originally posted in September of 213.

Posted by LovelyLioness on February 17, 2017 in Love

Do you ever feel overwhelmed at work ? Do ever feel like everything is being handed to you at once to be completed as soon as possible?

Know that if you were not competent and dependable, you would not be asked to do the task. You have been put in this place because of your character and the trust that you have earned with others.  So instead of thinking of the task(s) given as a burden or too much, look at it as a stepping stone to your next level of promotion.  Then thank God that He has selected you for this purpose.

Are Problems Overwhelming You?

Re-post- Originally posted in May of 2013

Posted by LovelyLioness on February 16, 2017 in Faith, Inspiration 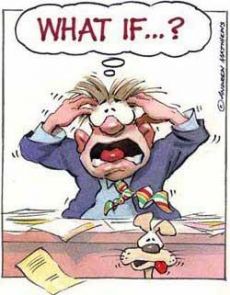 God has not given us a spirit of fear or worry. He has given us power love and a sound mind.  Do not worry about today or tomorrow.  Leave it at feet of the Lord Jesus and He (the Lord Jesus) will carry you through.

Posted by LovelyLioness on February 15, 2017 in Inspiration Acts: 13:44-48 King James Version (KJV)  44 And the next sabbath day came almost the whole city together to hear the word of God. 45 But when the Jews saw the multitudes, they were filled with envy, and spake against those things which were spoken by Paul, contradicting and blaspheming. 46 Then Paul and Barnabas waxed bold, and said, It was necessary that the word of God should first have been spoken to you: but seeing ye put it from you, and judge yourselves unworthy of everlasting life, lo, we turn to the Gentiles. 47 For so hath the Lord commanded us, saying, I have set thee to be a light of the Gentiles, that thou shouldest be for salvation unto the ends of the earth. 48 And when the Gentiles heard this, they were glad, and glorified the word of the Lord: and as many as were ordained to eternal life believed.

In our scripture text, we see Paul and Barnabas brought the good news to the Jews 1st and they did not believe. The Lord gave a way for the people who are not Jews, a chance to be saved, a chance to have remissions of sins, a chance to have power to overcome.  The Jews refused and the Gentiles accepted.

John 3:16 (KJV) 16 For God so loved the world, that he gave his only begotten Son, that whosoever believeth in him should not perish, but have everlasting life.

Christ died on the cross so that all men might be saved. Everyone has an option. The question is who is ready to say “yes” to Christ and begin to follow Him.

Posted by LovelyLioness on February 13, 2017 in Faith, Inspiration

Repentance is simply changing your ways or direction that you are going. If you know that should be doing A and you do D. Stop doing D and do A. Repentance also affects ones heart. The heart is sorrowful for doing the wrong or going in the wrong direction. From repentance comes obedience. With obedience there is reward.

At Bible studies, we were to pray. I came in a little late and a sister was praying. Now I know I was supposed to pray, but I chose not to. Even though the Holy Spirit is was prompting me, I chose not to. After a discussion led by Pastor, we got a do over. Thank God for the do over.  When it came time for me to pray,I repented. Yes Sir and guess what? I felt a burden lift. Thank you Lord for Your grace and mercy. Everyone was blessed!

The moral of this blog is simply to do what is required and you will get your reward faster.

Posted by LovelyLioness on February 3, 2017 in Inspiration

Do Not Give Up

There will be times when you will go through a struggle and it seems like eternity. Do not  give up. Hang in there, the light is coming.  That is how I feel today. I know I am going through a spiritual battle for the Glory of God, but I refuse to allow the enemy to win. You see in am victorious in Christ Jesus. No weapon formed against shall prosper. So I choose to put on the helmet of salvation, the breastplate of righteousness, my boots with the preparation of peace, the sword of the spirit and my shield of faith. Yeah, I am ready!

Posted by LovelyLioness on February 1, 2017 in Inspiration